Enjoy the second cartoon video in the History of Wine series. It explains wine’s role as a sacred drink, but also explains the dark side of wine as an evil drink, based on the Judeo-Christian tradition. Again, the story comes from Jose Peñin’s book History of Wine.

This cartoon begins by explaining how the most ancient god (mother Earth) became the goddess of vines and wine to the ancient Babylonians and how many ancient cultures shared a common idea of a “Garden of the Gods” where wine was the main drink. Drinking wine is associated with higher beings and the vines represent eternity with its never-ended cycle of death and rebirth each year. Vines were a symbol of the cycle of life.

Wine, as a higher drink with mystical properties, is represented in the first known text of history, the Poem of Gilgamesh (1800 BCE). This poem is a story about a Sumerian king that provoked the gods’ anger by treating the common people of his kingdom with cruelty. In the poem, the gods decided to kill the King and sent a savage giant called Enkidu to fight with him and to end the king’s life. To be prepared for combat, Enkidu is lionized for a while, making him drink up to 7 glasses of strong wine to achieve a higher status, to change him from simple savage to human. In the poem, wine was a way to a better and more elevated understanding of the world. But the things went bad for Enkidu, when in the vapors of wine, he and the King, not only never fought, but became close friends. So, the gods, furious about this treason, killed Enkidu… And King Gigalmesh, desolated by his loss and the idea of death, set off on a journey to look for the Garden of Gods and to achieve fabled immortality.

On the other hand, there is no sacred drink in the Garden of God in the Judeo-Christian tradition point of view. There, the starring fruit is an apple, and wine is represented as a symbol of debauchery and sin due to wine’s properties for uninhibited behavior. This reached its peak in the story of Lot‘s daughters, who offered wine to their father to make him drunk and uninhibited enough to lay and make them pregnant. No higher sin is possible than to have sex with your own offspring, and wine was to blame. In the Judeo-Christian tradition, wine was in the group of foods that go under a fermentation process which is associated with rottenness and opposite to cleanliness and virtue.

Later, with the contact with the Greeks and the Babylonians, wine began to take part in religious rituals as a blood substitute and developed, also for the Judeo-Christians, a sacred role. 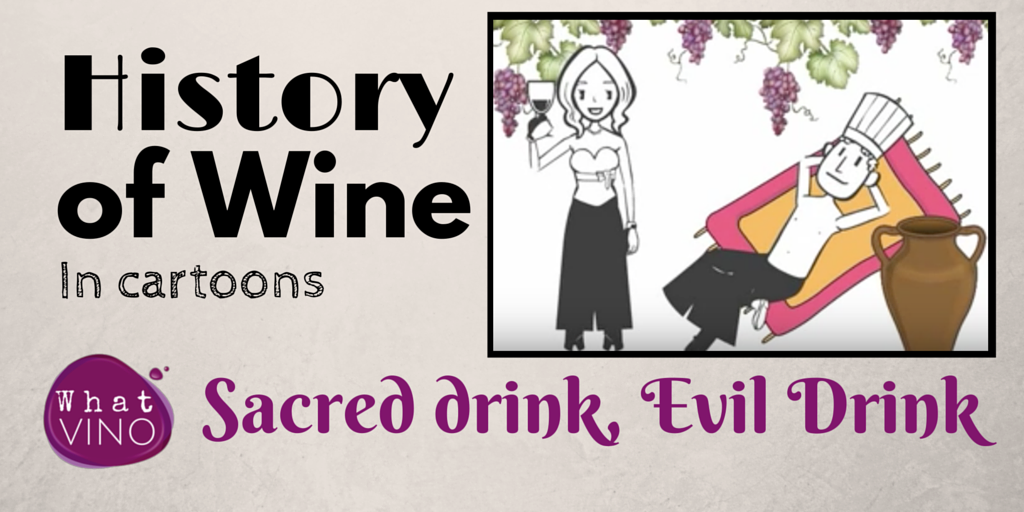