Hypotheses of the Origin of Wine

Men probably first tasted grape juice looking for something sweeter and more pleasant than water. The taste for sweet things is the first we developed, so, it’s likely they enjoyed the taste of grapes from the very beginning. Probably it was a surprise when they left the juice in a jar for later consumption and it become an acidic and dry beverage, but with a curious side-effects on mind and body. So, the obvious answer seemed to improve the taste and to keep the valuable side-effects: they began to add sugar, fruits, spices, etc. to get a better taste.  Aparently, the initial wine culture was more related to the mystical side than to the gastronomic value as shown by many ancient divinities associated to the vines and wine.

Myths of the Origin of Wine

Probably the most famous legend about the origin of wine is the story of Jamshid. A woman from his harem decided to kill herself by drinking the fermented grape juice, in the believe that it was spoiled because it tasted so acidic and dry. She failed in her goal as the wine began to make its effect, provoking her sweet dreams of love and mutual appreciation with Jamshid. So, in the morning, she decided to explain her discovery to Jamshid who, after experiencing the effects by himself, ordered the vine growing and winemaking in his kingdom.

Facts of the Origin of Wine

The first signs of cultivated grapes date from 8000 BCE in an area of Turkey. This said, grape cultivation does not prove winemaking. The first archaeological proves of wine are from 6000 BCE. 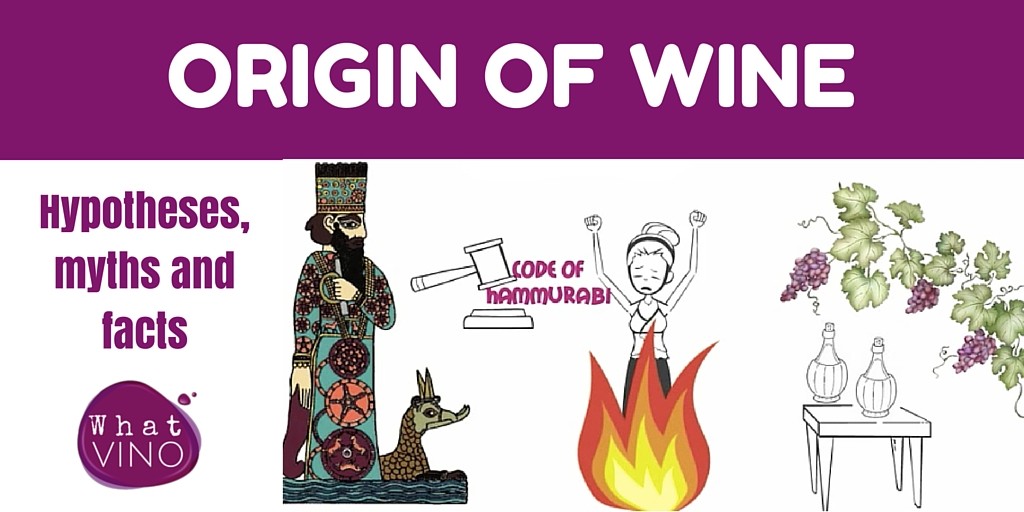