This is my first piece about the Wine Bloggers Conference 2016 in Lodi. I’ve thought sharing a little piece of history about the winemaking tradition in Lodi Appellation with you. All of it based on what you can find on the Lodi Wine Comission site.

Early explorers found a region full of wildlife and lush vegetation. Grapes grew wild in the region, but it was circa 1850 when Cpt. Charles Weber decided to plant vines around his home. Only 2 years later, George West, who came to mine gold, purchased cuttings from Weber and established the first major vineyard in the region.

While West was growing grapes, the farmers in the region were dedicated to grain and watermelons, but, by the 1880’s the market for grains and watermelons went flat. Farmers began to show interest in the vines, embracing  especially the Tokay variety, with a nice flame color very successful in the climate and soils of Lodi. Tokay was good for eating, to be fermented into wine, distilled into brandy, or fortified into port and sherry-styled wines.

Prohibition in 1919 made growers to shift from making wine to shipping fresh grapes to the East, and since home winemaking was allowed, the demand for fresh grapes increased. By the end of Prohibition, Lodi wines were produced again: dessert-style wines like sherry, port and sparkling wines.

During the 40’s and 50’s Lodi prospered with Tokay and Zinfandel. However, in the 60’s consumer tastes began to change to table wines so Lodi growers began focusing on producing quality varietal like Cabernet Sauvignon, Chardonnay, Merlot, Sauvignon Blanc and Zinfandel.

This transition ended and the Lodi Appellation was approved in 1986. Lodi has over 80 wineries and approximately 100,000 acres of premium grape varieties. 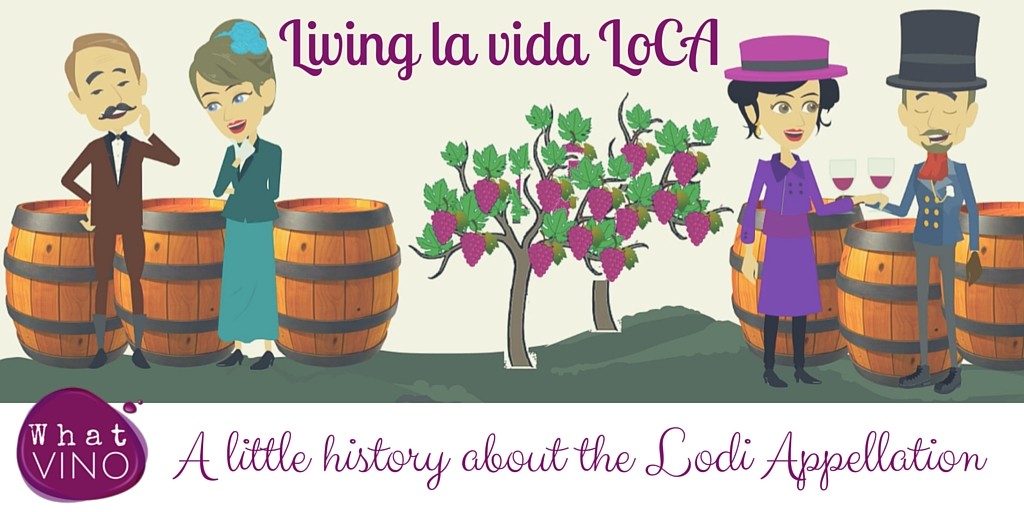