Enjoy the third cartoon video in the History of Wine series. It reviews some of the facts about wine in Ancient Egypt, especially about how the wine-making process was government controlled, and how their cellaring techniques involved a fairly modern labeling system. Wine records are quite important from this period and there is much archeological evidence of wine consumption. Again, the story is based on Jose Peñin’s book, the History of Wine.

In Ancient Egypt, the Nile river valley was very suitable for growing grapes. After cerreals, the grapes were the second crop in terms of production. But only the pharaoh, the priests, the nobles and senior officials could own a vineyard. Even more, the winemaking was controlled by public officers: deciding how many crops should be left in the vines (as a fee for the gods) and the labelling which should indicate vintage, vineyard, owner, winemaker and quality assessment.  The quality scale went from “No Quality” to “8 times good”.

The type of wine they drank remains unclear, but it’s known that Cleopatra liked an aromatic, sweet white wine, which by the period, it was probably made of muscat grapes. It seems clear, though, that wine was reserved for high society who indulged with big banquets (with a mummy watching them) and abandoned themselves in gluttony and drunkenness. The royal guard can also drink wine and their members received 4 glasses of wine per day in their salaries. Beer was the usual drink for the common people, despite of they were allowed to drink wine in the pharaoh festivals.

Ancient Egyptians taste for wine was probably very different from the current preferences, using many substances to flavor the wines. 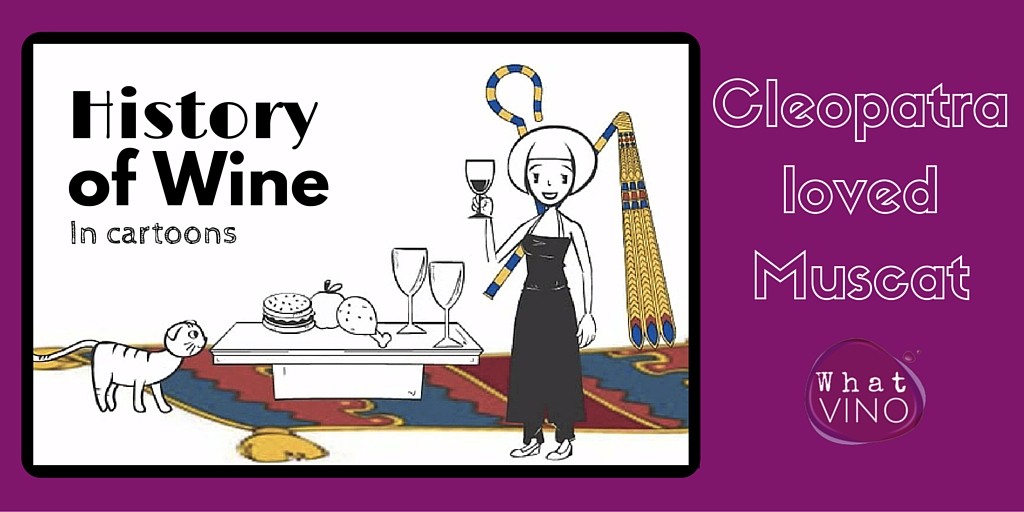